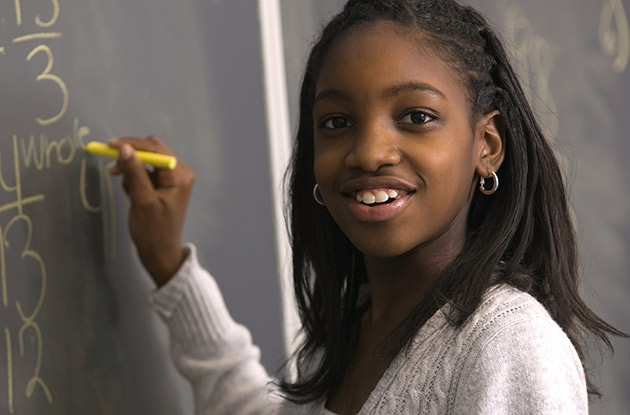 
MoMath tournaments are inclusive. Any city (and Westchester) school can compete anywhere they’re able to, and choose their teams as they see fit. In each of a school’s five team members, Lawrence says, an enthusiasm about math is the most important qualification.

Tournaments also have a social component: “mixed teams” allow kids from all different schools to compete in teams with kids they’ve never met.

“I give them a pep talk and say, we want you to make new friends,” Lawrence says. “Liking math is okay, and it’s an opportunity to meet like-minded students.” These kids will likely see each other at math and STEM competitions as they get older—it’s beneficial to foster these friendships now.

Mixing teams also allows students from schools who might not otherwise win a tournament to take home a prize for math. Lawrence described one girl as “shrieking with excitement” when her team won during a mixed round.

“And I thought, that’s exactly what I want,” Lawrence said. “It gives excitement and math accolades to kids who might not otherwise get them. And they see what they can achieve.”

Tournaments will continue between schools until April 29, when MoMath will host the Tournament of Champions. For more information on how your child can get involved and become empowered through math, visit the MoMath website.