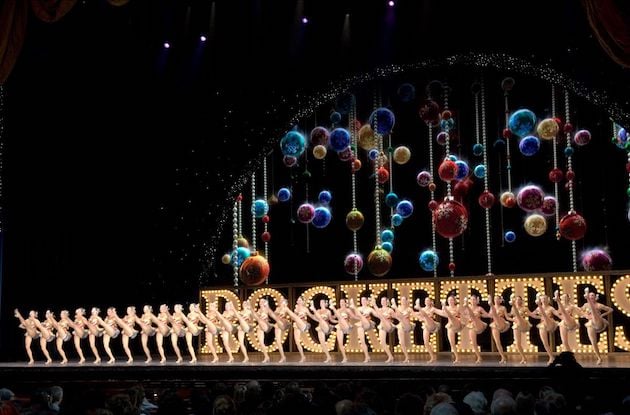 The annual Radio City Music Hall performances may have been cancelled, but you can see iconic scenes from Christmas Spectacular from home!


The hour-long Christmas Spectacular special, hosted by Hoda Kotb and Savannah Guthrie, will feature select iconic performances by the Rockettes, which were previously recorded at Radio City Music Hall. Plus, there will be special appearances and holiday greetings from celebrities, including Jenna Dewan, Whoopi Goldberg, Josh Groban, Carla Hall, Padma Lakshmi, and John Legend.

This marks the first time in Radio City’s history that the Christmas Spectacular Starring the Radio City Rockettes hasn’t been performed live. But NBC and the Rockettes aim to bring the joy and holiday spirit of the annual tradition to viewers at home—and it gives many the opportunity to see snippets of the show for the first time.

You can watch Christmas Spectacular Starring the Radio City Rockettes – At Home Holiday Special on Dec. 2 at 10pm on NBC.

The Winners of the 2021 First Day of School Photo Contest Are...

Enter NYMetroParents' First Day of School 2021 Photo Contest for a chance to win a family 4-pack of tickets to LEGOLAND NY Resort or a $100 Amazon gif...

Jericho, NY Dr. Parul Dua Makkar has been in private practice for over 15 years. She completed undergraduate from University of Central Oklahoma and Dental school...

Top of the Rock

Midtown, Manhattan, Stand among skyscrapers at Top of the Rock. With sweeping views of Central Park and Manhattan's Uptown, Midtown, and Downtown skyscrapers, the view fr... Summer Camp-Have a wild summer in camp at the WCS Zoos and Aquarium! Toddlers to teens connect with nature in the heart of the big city. The Bronx, C...

Riverhead, NY Make a wish with the fish! Have an Aquatic Birthday Party at the Long Island Aquarium! Your birthday child and guests will enjoy an underwater advent...