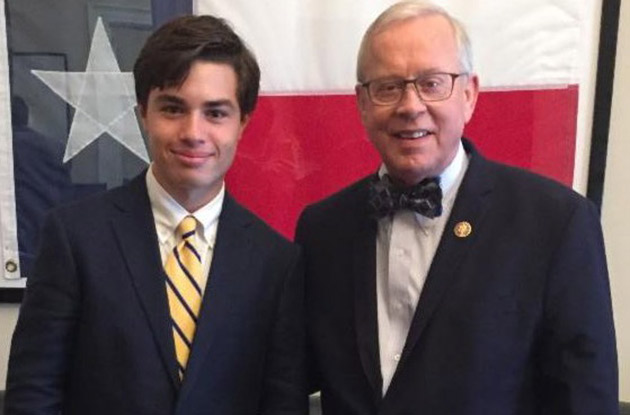 Charles overcame bullying to spearhead a cause that he hopes will help end bullying in schools.

Charles explained that he worked with Senator Blumenthal on a draft of the Unity Day resolution, which Blumenthal then gave to Charles to edit. Charles and his advocates are trying to raise awareness of the resolution, get it in front of as many Congressmen as possible, trying to get bipartisan support. As for Charles’ next move, his dream is to be a Supreme Court Justice–and if that doesn’t work out, a sports commentator on a major network.

“Me, a 16-year-old year old who a few years ago was thinking about killing himself, is now in his room writing a resolution for national Unity Day,” Charles reflected. “I think that is awesome.”

To contact Charles, learn more about Unity Day, or learn how you can take part in the #UnityChallenge, visit the Unity Day website. If you or someone you know is struggling with depression or experiencing suicidal thoughts, you can contact the National Suicide Prevention Lifeline at 800-273-8255, available 24 hours a day, seven days a week. Blended: The Day Our Family Married

With some of the most important wedding guests delayed on a bus (the kids!), a local mom, about to remarry, felt lost. But their arrival turned things...